Are you like most women who still believe the support in a bra comes from the shoulder straps and the underwire?

There’s good reason women are attached to these beliefs. Firstly, this sort of information is still offered in department store change rooms and secondly the brands will also use persuasive language on swing tags advertising these as support solutions.

In actual fact, the bra offers most of its support from the band that runs around our ribcage. This is used as a stabiliser of breast tissue. Just like the waist band on a hiking backpack is responsible for taking most of the load of the backpack, the band that runs around our ribcage is also responsible for taking the weight of the bust.

The straps that sit on the shoulders are also not in fact there for support, bur rather stability. Yes, we’ll feel less secure without them, but no they are not there to take the weight of the breasts. These straps are generally elastic which would be a tremendous design flaw should they be intended to support our heavy bust.

How should the underwire fit in a bra?

The underwire should not actually ever really touch breast tissue. It should run the whole way around the breast tissue and essentially sit against sternum, ribs and layers of subcutaneous fat.

Sometimes it’s not just the size that can cause an underwire to fit imperfectly in a bra, but also that the shape of the underwire is not right for the persons individual size attributes.

Some women will always struggle with having the underwire sit flush against the sternum (the bone between the two breasts) due to having their breast’s “close set” or just in general having a lot of breast tissue for their frame size. Of course, we want to get as close to perfect as possible, but it’s important not to get too hung up on this if you otherwise feel great in the bra.

How should the straps fit in a bra?

The bras shoulder straps are really there as a secondary layer of support, or as I generally say “stability. I once saw a study that suggested they do about 8% of the work. They shoulder straps should be firm enough to sit in place but not too tight to cause any discomfort across the shoulders.

Wide shoulder straps are always best as these will distribute any pressure more broadly across the shoulders. Shoulder straps that also have a significant amount of inelastic material work to offer more stability and result in a better overall lifespan.

How should the band that runs around the ribcage fit in a bra?

Now this is where the magic happens! This band needs to be firm enough to stay in place, and in line with the bust.

If this band is too loose it will simply find a broader part of the back to lodge in to, which is generally higher on our back. This then causes the sea-saw effect and has the bust sitting low and unsupported. This is simple physics, as the band rides up the back, the front will lower.

You want this band to be as firm as you can comfortably tolerate when the bra is new. Keeping in mind that with washing and wear the bra will stretch. It stretches mostly around this ribcage band which is why you should choose as firm a bra as you feel good in, so that when it does start stretching you don’t feel like it’s too loose to function.

When you first buy a bra the hook and eye clasps should be on the loosest setting. This will allow you to firm up the bra as this part stretches. This is actually why bras have three (or more!) settings – bra manufacturers know how important the ribcage band is.

How to measure your bra size

The most common mistake we see women make with their bra fit is to have the ribcage band too loose, causing the bust to droop then resulting in them resorting to tighten the shoulder straps. This is a vicious cycle as this will only cause the back to ride up higher – after all, the bra band at the back is a whole lot lighter than the bust at the front.

The second most common mistake we see is that women choose a cup size too small. This will result in the underwire sitting against breast tissue, which is very uncomfortable, and also the breast tissue spilling out of the top of the cups.

Another mistake women often make is to buy a bra that feels comfortable on the tightest hook and eye setting. As mentioned above, this will then leave no room to tighten this very important part of the bra as it stretches yielding a un-functional product, quickly. So unless you are planning on gaining weight (pregnancy, teenagers or going in for surgery) you should never buy a bra that is set to the tightest or even the middle hook setting. 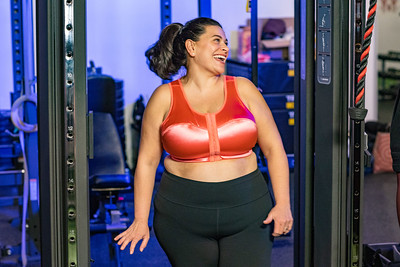 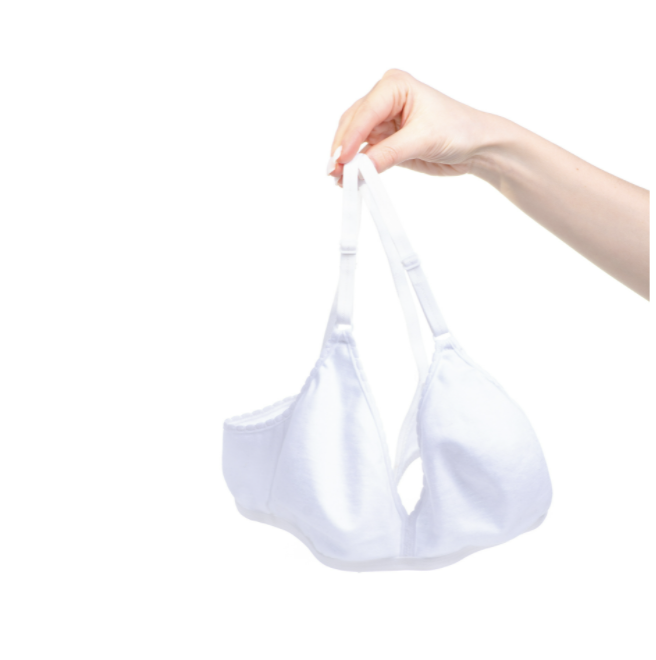 A guide to Cotton Bras

How to find the most comfortable bras for seniors

6 thoughts on “How a bra should fit”